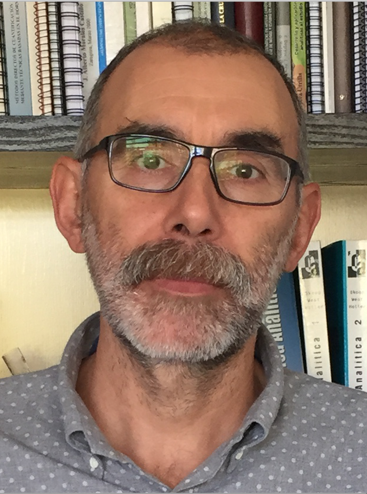 He completed research stages at the Technical University of Delft (Netherlands) and the Food Science Laboratory of the Ministry of Agriculture, Fisheries and Food (United Kingdom), specializing in different atomic spectrometry and separation techniques.

His current research lines focus on the development of platforms of analytical methods for the detection, characterization and quantification of physicochemical species of elements (both dissolved and particulate) in complex samples, with special interest in natural colloids, engineered nanoparticles and nano/microplastics. 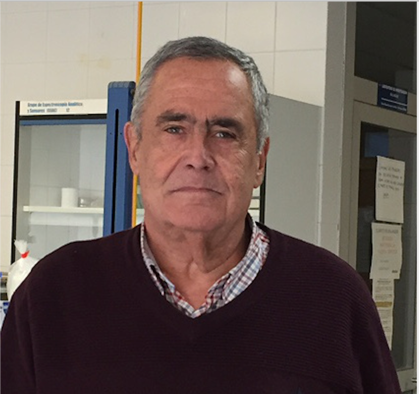 Prof Castillo is Emeritus Full Professor in the Analytical Chemistry Department and member of the Environmental Science Institute of the University of Zaragoza.He got the BSC (1970) and the PhD (1974) degree chemistry with doctorate award.

He founded the Environmental Science Institute (IUCA) of the University of Zaragoza in 2008 and headed it until his retirement date in September 2016, being named Emeritus Full Professor. He was also head of the research group in Analytical Spectroscopy and Sensors from 1982 to 2016.

He is author or coauthor of more than 320 papers indexed in the JCR of the WOS, 4 books and 5 chapters.

Prof Castillo has coordinated 26 national projects, 3 European projects, as well as 34 contracts with private companies. He was supervisor of 40 PhD and has presented more than 600 contributions and lectures in domestic and international conferences.

His main research topics are listed in this web site, and they are mainly new Analytical Techniques and Methods in Environmental Nanoscience and Nanotechnology (Nanometrology) and Electrochemical Biosensors.

Prof. JR Castillo is an experienced sailor and skier, and he is an unconditional supporter of the Real Madrid football team. 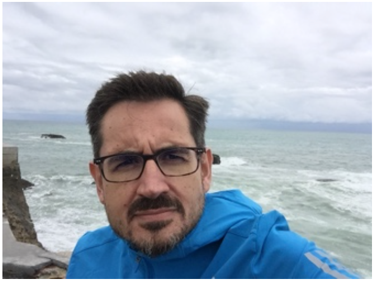 Angélica Fernández is a member of the Analytical Spectroscopy and Sensors Group “GEAS” since the early 80´s.

Her main research lines are focussed to the development of new strategies on simple introduction for Atomic Spectroscopy applied to biological material. She likes singing and she belong to the “Engineers Choir” since 2006\, she likes also travelling to the north beaches of Spain\, specially to Santander. 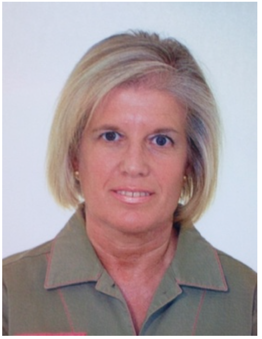 María S. Jiménez is a member of the GEAS group since the early 90’s. She started her researching walking as grant holder and got her PhD in 1994. This year began her teaching working as assistant professor in the Analytical Chemistry Department until the end of 1997. Since then, she is associate professor in the same department of the University of Zaragoza.

Different researching fields are included in her scientific experience. The first period was dedicated to the development of Flow Techniques (FIA) and Sample Introduction Systems to Atomic Spectrometry and inorganic Mass Spectrometry (ICP-MS). The second period was focused on Speciation Analysis working with Electrophoretic techniques and Laser Ablation as introduction system to ICP-MS.

Nowadays her researching field is mainly the development of characterization methods of Nanomaterials (and derivatives species) by using separation techniques such as Electrophoresis and Hydrodynamic Chromatography and ICP-MS (or SP-ICP-MS) as detection techiques.

José Mª Mir\, is a member of the Analytical Spectroscopy an Sensors Group “GEAS” since the early 80’s.

His main research line are the study of Sample Introduction in Atomic Spectroscopy with special interest in organic and gas phases. Jose Mª likes very much diving and gliding and he ptractices both when he has time and the weather is good. 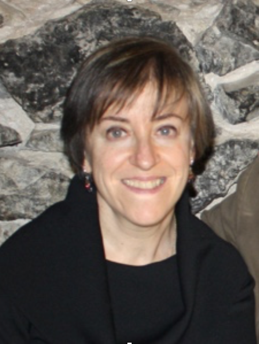 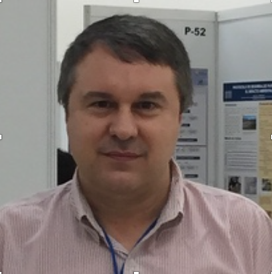 Dr. Juan C. Vidal (ORCID 0000-0003-4599-796X) got the BSc (1982) and the PhD (1984) degrees at the University of Zaragoza. He was Assistant Professor (1982 to 1986), Titular Professor (1986-2018) and is nowadays Full Professor since the year 2018 at the University of Zaragoza.
He is member of the IUCA (Environmental Sciences Research Institute) and since the final of 1980’s member of GEAS. His current teaching is conducted in the Department of Analytical Chemistry (Faculty of Sciences) at the University of Zaragoza.
His curriculum vitae includes more than 60 scientific research publications in indexed journals, more than 130 communications in national and international meetings and active participation (or coordination) of more than 30 projects of research with public and private institutions.

His research work relates to theoretical and practical development of electrochemical biosensors, working with enzymes, antibodies and aptamers as catalytic and affinity ligands. He is expert in voltammetric techniques fore the characterization of nanomaterials, the improvement of the charge-transfer of bio-reagents with electrodes, the characterization of affinity ligands (electrochemical, SPR, immunoassay), and the analytical applications of immunosensors and aptasensors in food and clinical samples.

Dr. Vidal is an active competitor in three-cushion billiards national tournaments, and he likes cycling mountain bike, digital image and video editing (Apple/macintosh), and voyaging along the world to remote countries. 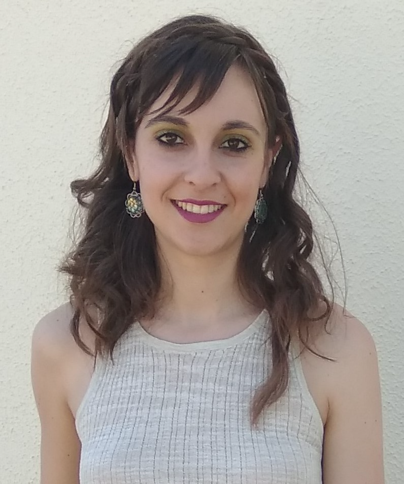 Ana Cris Gimenez is graduated in Chemistry (2016) by the University of Zaragoza. She studied the Master “Nanotecnología Medioambiental” (2017) in the University of Zaragoza. Now she is PhD student in GEAS since 2018. In this year, she received a predoctoral fellowship from the Diputación General de Aragón. Her research is “Nanomateriales a base de plata como bactericidas para el control de la resistencia a antimicrobianos: papel de las especies de plata”. 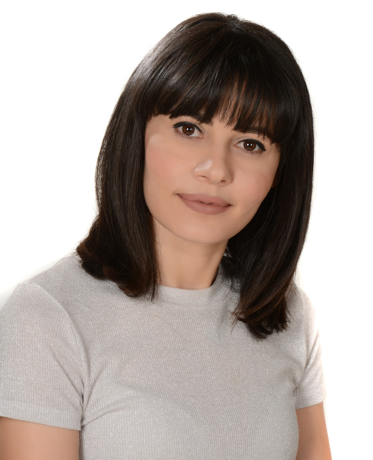 PhD: analytical science in chemistry, University of Zaragoza
Thesis title: Toward a sustainable use of new nanobactericides in the frontier of fight with antimicrobial resistance
In September 2019, the first stage researcher Khaoula Ben jeddou joined the GEAS group and was awarded a pre-doctoral contract in part of the IberusTalent call within the Agri-Food and Nutrition Area and for the research line presented by the the Iberus excellence action group: “Towards a sustainable use of new nanobactericides in the frontier of antimicrobial resistance”, of which Prof. Juan R.Castillo is the principal investigator. This project has received funding from the European Union´s Horizon 2020 research and innovation programme under the Marie Sklowdowska-Curie grant agreement Nº 801586″ and this project has also received funding from the University of Zaragoza- Mecenazgo Santander.

The IberusTalent project is financed by the Marie Slodowska Curie action. The researcher Khaoula Ben Jeddou has a degree in experimental and analytical Biology and has completed two masters, one in Biology and environment and one in food quality and chemistry of natural products. Her doctoral thesis work will be on the development of new nanobactericides with greater capacities and less harm to the environment in the area of influence of the Iberus Campus of international excellence (Ebro valley). 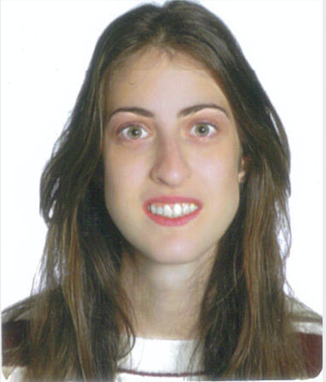 Mariam Bakir is graduated in Chemistry by the University of Zaragoza. She studied the Master “Química Aplicada y Farmacología” in the University Jaume I (Castellon). Now she is PhD student in GEAS since 2019. Her research is “Nanomateriales base plata como aditivos en alimentación animal: métodos analíticos para el estudio de su bioacumulación, transformaciones e impacto medioambiental”. 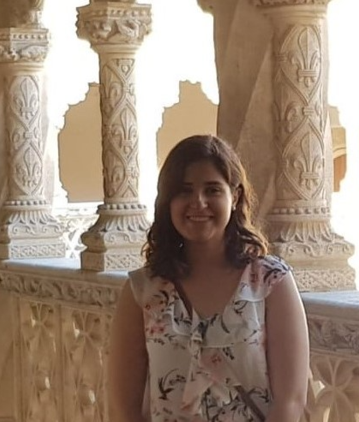 Celia Trujillo Lacass is graduated in Food Science and Technology by the University of Zaragoza. She studied the Master “Environmental Nanotechnology” in the University of Zaragoza. Now she is a PhD student in program of “Analytical Science in Chemistry” and she is developing her research at GEAS since 2017.Her research is based in the study of “Nano and Microplastics in the environment: presence, effects and their role as Trojan Horse of other pollutants”. 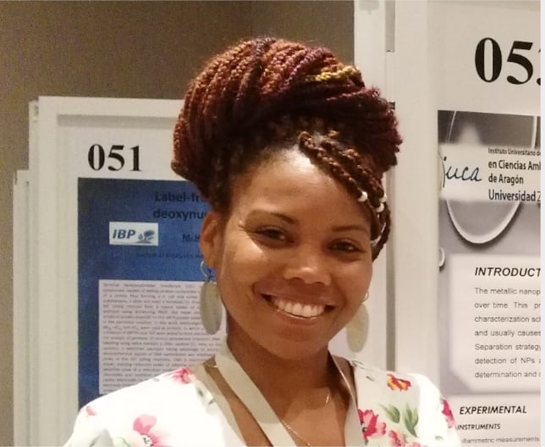 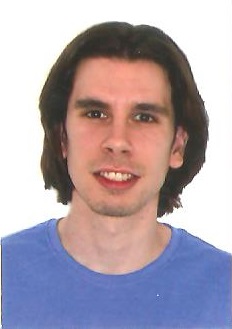 Graduated in Environmental Sciences, David Ojeda obtained his Master Degree in Environmental Nanotechnology in 2015, at the University of Zaragoza. He is currently a PhD student in GEAS, since 2017. His studies are related to the development of analytical methodologies for the detection, characterization and quantification of titanium and silicon dioxide nanoparticles, which includes techniques such as AF4, DLS, ICP-MS and SP-ICP-MS.
When his director allows him, he enjoys playing basketball (despite his height) and running. He is a keen reader and loves films; sometimes he even dares to write some unsuccessful short stories. He also likes cats more than cats like him. 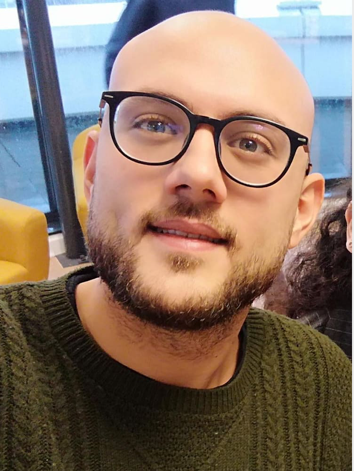 Degree in Biological Sciences in 2015 (Siena, Italy). Master degree in Molecular and Cellular Biology (Siena, Italy) in 2018. Research project and thesis: “Set up of LC-MS/MS ID method for the simultaneous determination of steroids in different biological samples and main applications “

He is currently a pHD student in analytical and environmental chemistry. It’s a co-supervised pHD project between GEAS (University of Zaragoza, ES) and IPREM (UPPA, Pau, FR). The project aims to study interactions and synergy between micropollutants and natural colloids in surface water. The project involves the use of the following methodology: SPE-LC-HR/MS, SPE-LC-MS/MS, DLS, AF4, AF4-ICP-MS, Ecotoxicology assay.
In his free time he likes watch football, movies and TV series. He’s an outdoor type who enjoys hiking and camping. 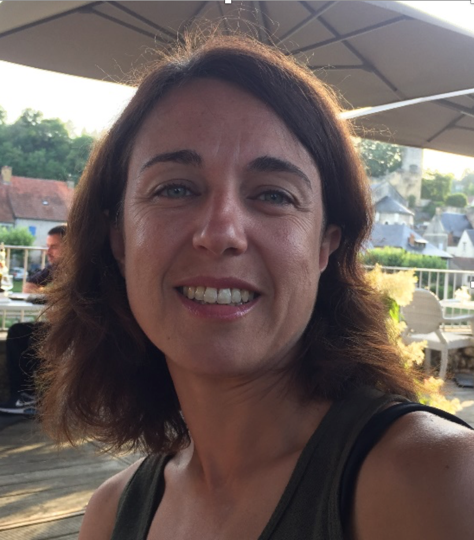 Dr. Rosario Velarte got her BSc degree Chemistry in 2000 and the PhD in 2004 at the University of Zaragoza. Her Thesis was devoted to the sample introduction in ICPMS for multielemental analysis of complex matrices, such as oils or samples with high salt content. He was Assistant Professor at the Analytical Chemistry Department of the University of Zaragoza during the period 2006 to 2008. During all this time she was member of GEAS.
Since then, she has developed her career in different Public Laboratories and currently she is the head of the Official Food Control Laboratory of the Public Health Department of the regional government of Aragon.